Cobargo and Merimbula Venturers spent an educational morning with the Bega Beekeepers at the old Bega Hopistal. They taught us all about the habits, habitat, life-cycle, diversity, temperament, social heirachy and also how to  "talk to the bees". We then put on the appropriate protective gear and got to look at the inside of a couple of different types of hives.

Top of the Langstroth hive.

Frame with brood and honey

Cobargo and Merimbula Venturers spent an evening "swapping Soap". They started off with 1 cake of soap per group, and had 1.5 hours to walk the streets of Bega, with the aim to swap the soap for something of equal or greater value, and then keep swapping to see what they would end up with at the end of the night. 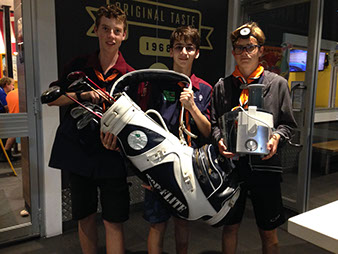 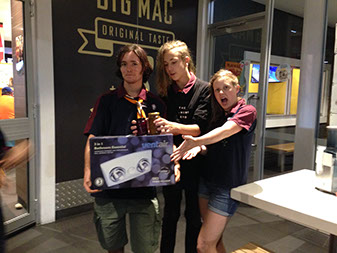 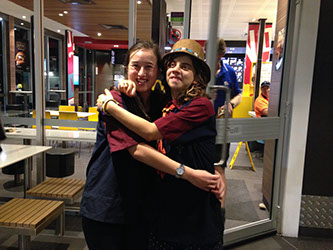 A food night with a difference !!  Each Venturer had to bring along a food that they like to eat that other people may not, as well as something edible that was deemed "disgusting" to eat. Each Venturer was awarded a chocolate bullet for every item they ate (except if they spat the item out). At the end of the night, the Venturer that had the most bullets won a prize - Chocolate.  There was quite an array of "interesting" food from Rollmops, pickled foods, Frankfurts with chocolate sauce, 2 min noodle sandwiches on raisin toast, and even Cow pellets just to name a few. (well it is cow country - and I was asuured by the Leader that bought them in that they do eat them occasionaly !!!)

Just watch the Video - it says it all !!

Setting out the food